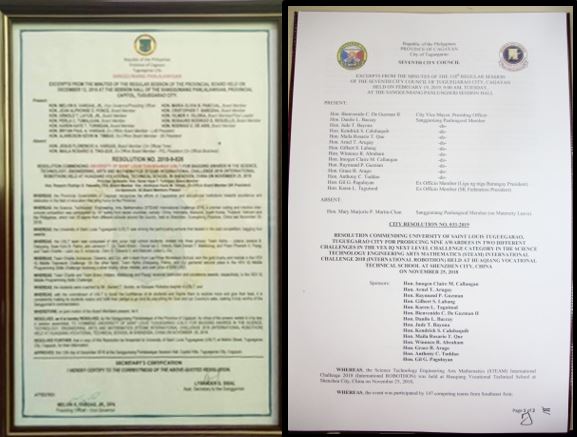 The University of Saint Louis (USL) Robotics teams were recently recognized by the Provincial Board of Cagayan during its 131st Regular Session at the Provincial Capitol, Tuguegarao City on Feb. 27, 2019.

The coach, Mr. Genard T. Sonido, who is an Eduspec Robotics teacher in USL, was also commended by the Sangguniang Panlalawigan.

Furthermore, USL was recognized by the same body for its efforts towards excellence and distinction in robotics.

Meanwhile, the City Government of Tuguegarao gave similar commendations to the students, the coach, and the University. The awarding was held at the City Hall last March 4, 2019.