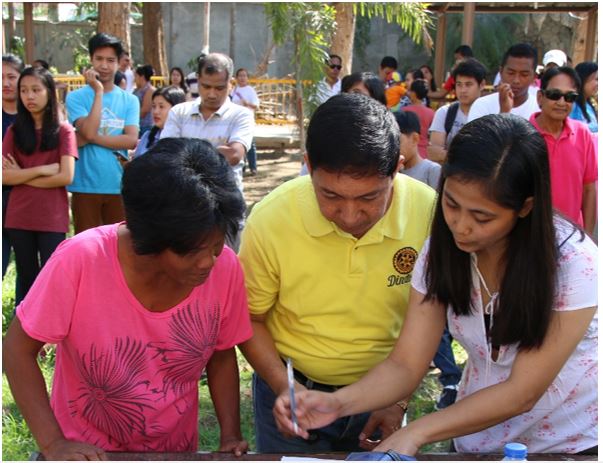 Super typhoon Lawin left severe damages to areas in Southern Cagayan and Isabela after its landfall on Oct. 19, 2016.

With the expanse of damages mainly on crops, houses and infrastructures, many families worried on how to recover from the devastations caused by the typhoon.

To reach out to Lawin victims whose homes were grossly ripped and whose supply of water and electricity had been cut for weeks, the members of the USL Employees’ Cooperative conducted an outreach program at the USL Campus on Nov. 13, 2016, giving monetary assistance to identified recipients.

The beneficiaries pose for a photo with some members of the USL Employees’ Cooperative.

Each coop member selected a deserving recipient who received One thousand five hundred pesos (P1500). There was a total of 150 beneficiaries.

Mr. Allan Baccay, Chairman of the Board of Directors of the cooperative, said in an interview, “The cash donation was derived from the cooperative’s community development fund.”

“The coop should be of service to the community,” he said further, explaining the rationale of the “first” community extension service of the cooperative.

Previously, the coop also extended its help to the USL canteen employees who each received an assistance of Two thousand pesos (P2000).