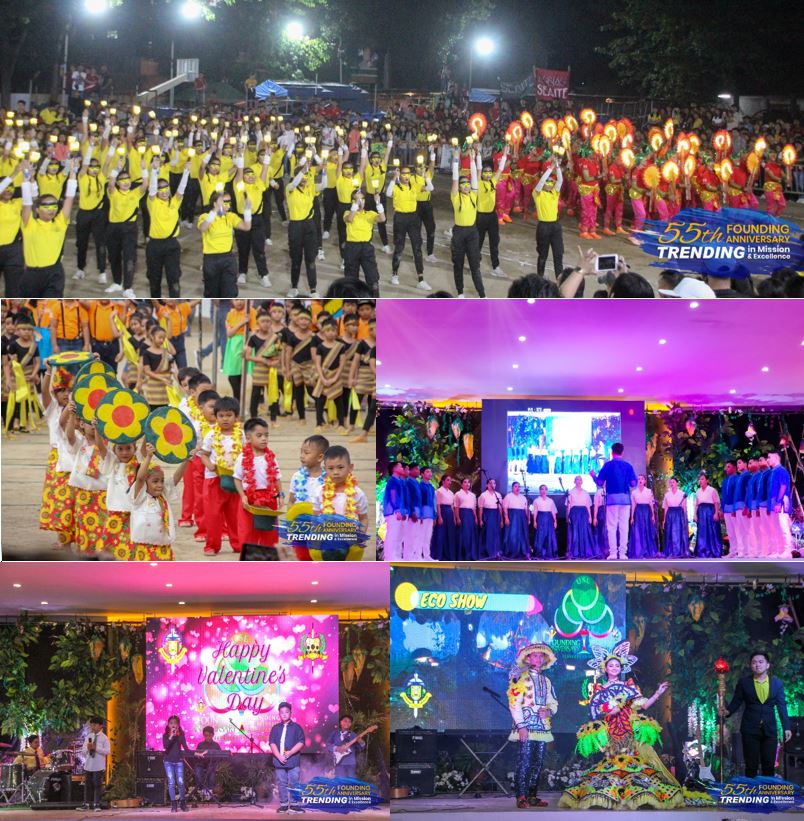 Five decades and five years ago, the Saint Louis School was founded by the Congregation of the Immaculate Heart of Mary (CICM). Fast forward, the now University of Saint Louis (USL) celebrated its 55th foundation anniversary last Feb. 11-14.

The University, over the 55 years, has not only made its niche in academics but also has demonstrated its missionary zeal. Themed “Trending in Mission and Excellence,” several events marked this year’s celebration. 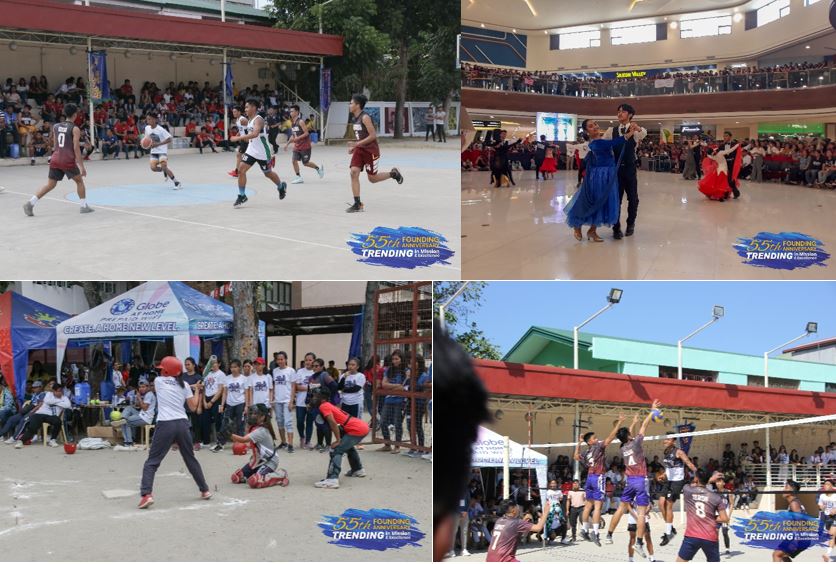 A debate cup was also held. 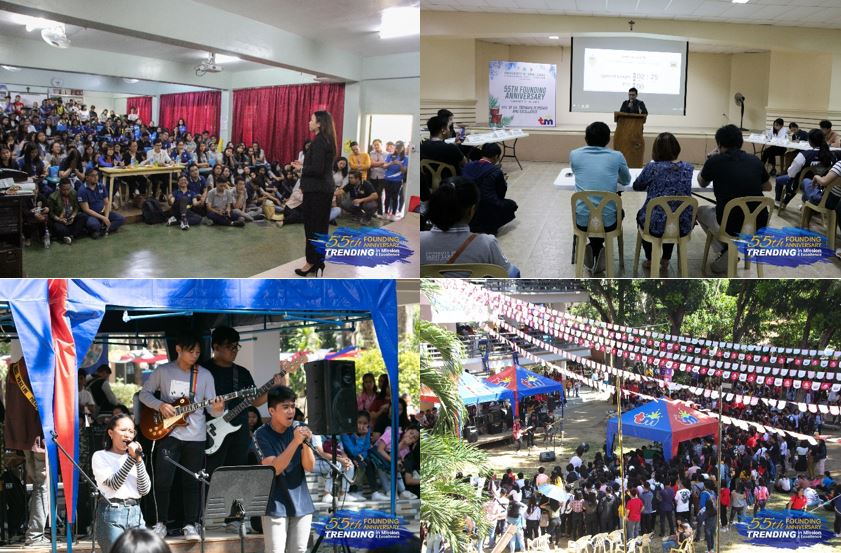 The Kaibigan ng Kalikasan Program (KKP), which made up 20 percent of the overall points of each competing department, was intended to instill responsibility among the departments by keeping tidy and clean their respective areas throughout the Foundation Day celebration through clean-up strategies and activities.

As the Foundation Day celebration came to a close, overall ranking in the different competitions was made as follows:

Per major event, the champions were SABH for socio-cultural events, debate cup, and the KKP; SHS for sports events and literary competitions; and SEAITE for visual events.

The Elementary pupils had their field demonstration on Feb. 11; the Junior High School students on Feb. 12.

The Graduate School had its participation in the Festival of Lights parade.

Meanwhile, employee participation was through coaching their respective departments’ event participants and assisting in the operation of the carnival rides.

The USL Alumni Association assisted through sponsorship of the light-emitting diode (LED) display used during the evening programs.

Aside from the amusement rides, trade and food fair booths were also an attraction for some.

A way further to celebrate the 55th Foundation, agape meals dubbed “Salu-Salo sa Araw ng mga Puso” were served by the different departments on Feb. 14 and were shared among members of the department and with other departments as well.

Mr. Herbert Corpuz, the dean of Student Affairs and Services, describes the 55th foundation celebration, thus: “The University’s 55th founding anniversary celebration has instilled in the Louisians the value of winning together. It is through this event that we celebrated our individualities, cherished our commonalities, invigorated others to believe in themselves, demonstrated warmth for our visitors and other stakeholders, and shaped our joys as a community.”

In consultation with the University Administration, the Office of the Student Affairs and Services (OSAS) and the Supreme Student Council (SSC) were at the helm during the celebration.