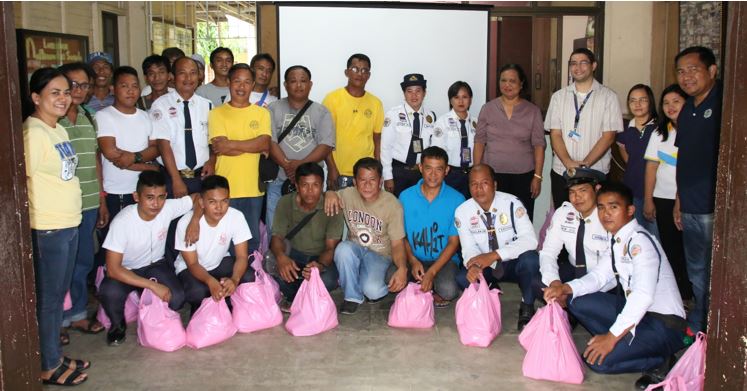 “Together we survived super typhoon Lawin!” bannered the tagline of the outreach program intended for the University of Saint Louis (USL) typhoon victims.

“We might have almost lost every bit of what we invested in our lives, but we should never lose any strand of hope,” said Mrs. Diana Dalman, acting director of the Community Extension Services (CES) Office, during the launching of the “Tulong-Handog (A Help; a Gift) 2016” in USL on Nov. 19, 2016.

Aside from the physical damages in the school, the welfare of allUSLemployees and the students was also a concern of the Administration.

“The CES Office, on behalf of the University Administration, believes that helping is one of our vital duties to humanity,” the Acting CES Director said, telling that “helping as brothers and sisters is a human nature we should not neglect, and it is through helping that the National Service Training Program (NSTP) tagline ‘Louisians Care’ is felt.”

The University of Saint Louis community acknowledges the magnanimity of the University’s sister schools – Saint Louis College Cebu (SLCC) in Mandaue City, Saint Louis University (SLU) in Baguio City, and Saint Mary’s University (SMU) in Bayombong, Nueva Vizcaya, which, through their respective Presidents and other personnel, personally visited or called up members of the USL Administration right after the super typhoon Lawin and extended assistance both in cash and in kind to USL.

The CICM (Congregatio Immaculati Cordis Mariae or Congregation of the Immaculate Heart of Mary) Fathers in USL allocated a portion from the USL-CICM mission fund for the cash donation to employees. This was part of the highlights of the CICM day celebration in USL last November.

Employees whose houses were “grossly” damaged by the super typhoon were prioritized in the giving of cash assistance from donations. Relief goods and clothes were given to security guards and maintenance staff of the University. Further help to employees was through availment of special emergency loan afforded by the University to employees.

On Dec. 2 and 15, 2016, identified students who were likewise more heavily affected than others were given rice gifts. They were the Socialized Assistance Program (SAP) recipients, student assistants, CICM scholars, Dinggin Ka Learning Center (DKLC) pupils, Center for Culture and the Arts (CCA) talents, and a number of college students.

“This latest calamity presented another opportunity for us to come together for the sake of our brothers and sisters,” concluded by the CES Acting Director during the distribution of assistance.

Mrs. Melody Espinosa, DKLC teacher, hugs one of her pupils during the distribution of rice to children.

A photo of the USL Administrators, headed by USL President Delailah B. Valencia, with the school’s security personnel and maintenance staff who received donations from Saint Mary’s University 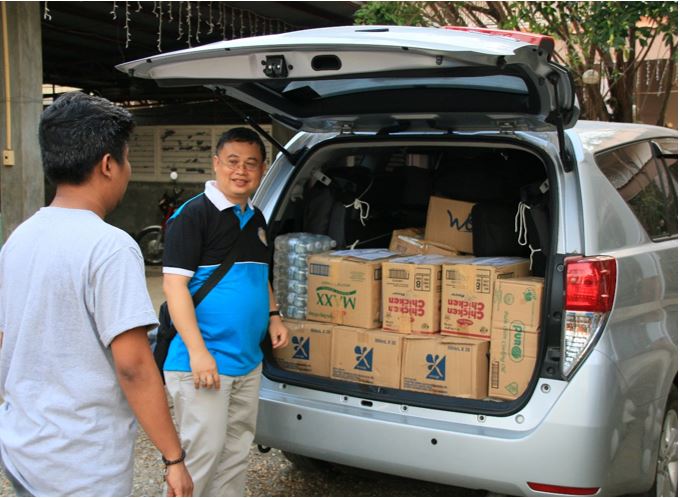