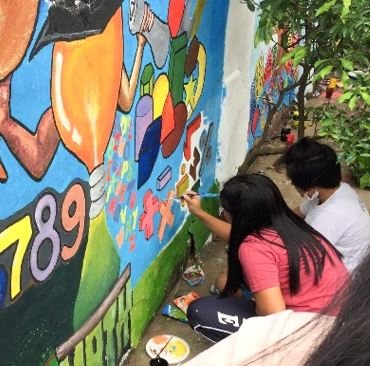 Tuguegarao City – University of Saint Louis (USL) students in Solid Mensuration and Mathematics in the Modern World had a service learning program at the Ugac Sur Child Development Center, Barangay Ugac Sur here on October 19 and 26.

The first year BS Architecture students were mainly involved in painting murals on walls and walkways of the venue.

Numbers, shapes, lines, objects inspired the Architecture students, creating vibrant outputs, one of which was a tricycle image which drew inspiration from the locale of the artwork, this City, where tricycle is a famous mode of transportation.

“Paintings are always in depiction of the abstract realities compressed in a single form of expression…I was after the challenge of bringing the City culture and the concept of math itself, together in a single masterpiece, the tricycle, in abstract geometrical figures,” noted Jeric Shane de la Cruz, leader of one of the Architecture groups. 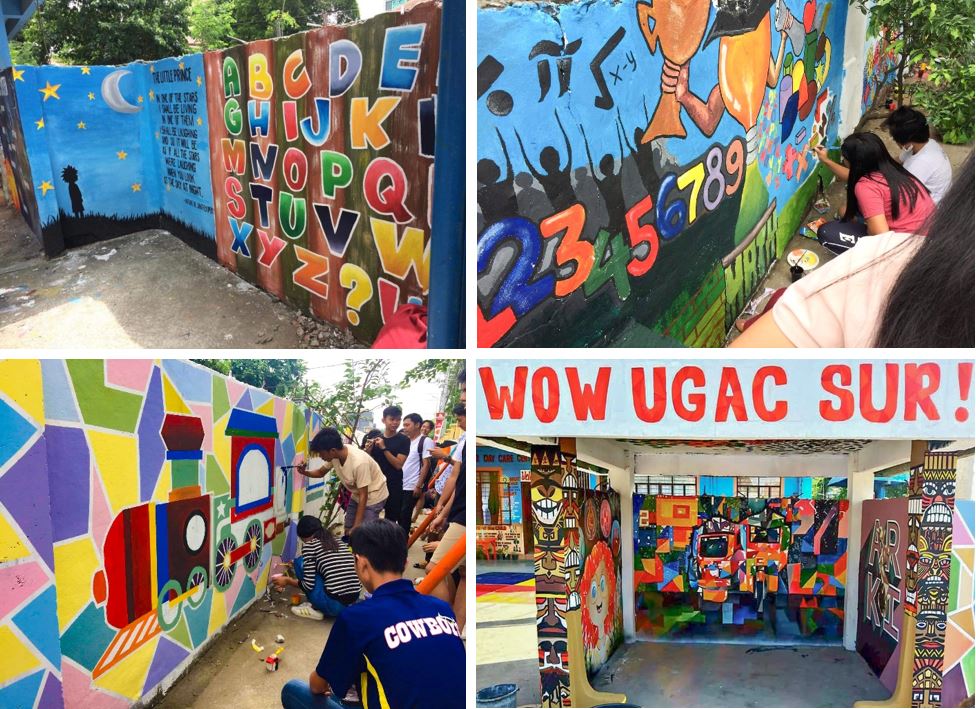 Meanwhile, the second year Bachelor in Secondary Education, major in Math, students were in charge of facilitating poster making among 40 Day Care pupils and involved the young learners as well in mural painting.

The Teacher Education students prompted the arts activity of the pupils with a narration of “The Story of Creation,” asking the pupils to draw symbols and shapes out of the story.

The children created handprint murals with the assistance of their parents/ guardians and the Teacher Ed students themselves.

“We have realized how math can be connected to art and how the impact of the activity can change the perspective of the people in the community… the service learning program opened our eyes that math can also touch the affective domain of an individual,” said a team of Teacher Education students. 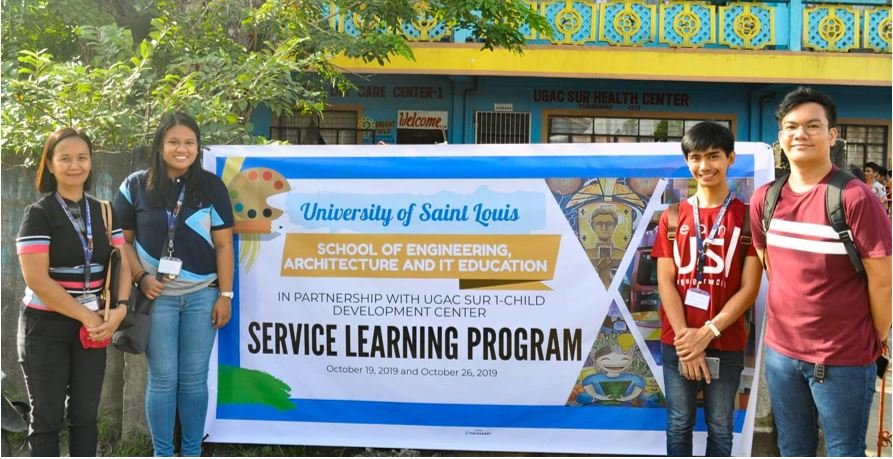 “The course Mathematics in the Modern World begins with an introduction to the nature of mathematics as an exploration of patterns (in nature and the environment). By exploring these topics, students are encouraged to go beyond the typical understanding of mathematics as merely a bunch of formulas but as a source of aesthetics in patterns of nature.”