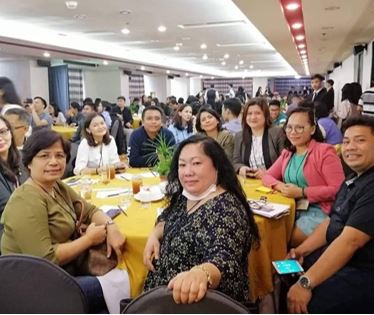 The USAP is a duly registered organization with the Securities and Exchange Commission (SEC) which envisions to be the premier national scholars’ organization in transformative leadership and educational excellence.

Various government agencies and private institutions have supported its programs and activities. Currently, USAP has dramatically increased affiliated / accredited member organizations in the country whose members are scholars and grantees in different fields.

The following privileges/benefits are accorded to the ALGS: (1) certificate of membership, (2) inclusion in the database, official newsletter/ publication of USAP, (3) partnership with scholarship providers and corporate foundations, (4) co-partner in seminars/ conferences/ conventions, (5) eligibility for nomination to the Search for Outstanding Scholar and Search for Outstanding Scholars’ Club, (6) nomination in the National Executive Council/Board of Directors, (7) guaranteed transformative leadership and organizational development, and (8) discount rates in all USAP activities.

In addition, during the culmination of the 3rd USAP International Convention, a national election was conducted and the USL scholarship coordinator was elected as the national coordinator for the Cagayan Valley Region.